Freshers’ Week does not have to be daunting. Jacob ‘Jake’ Durn tells us how he navigated through his first few weeks at Falmouth University and ended up with experiences and friends to cherish. 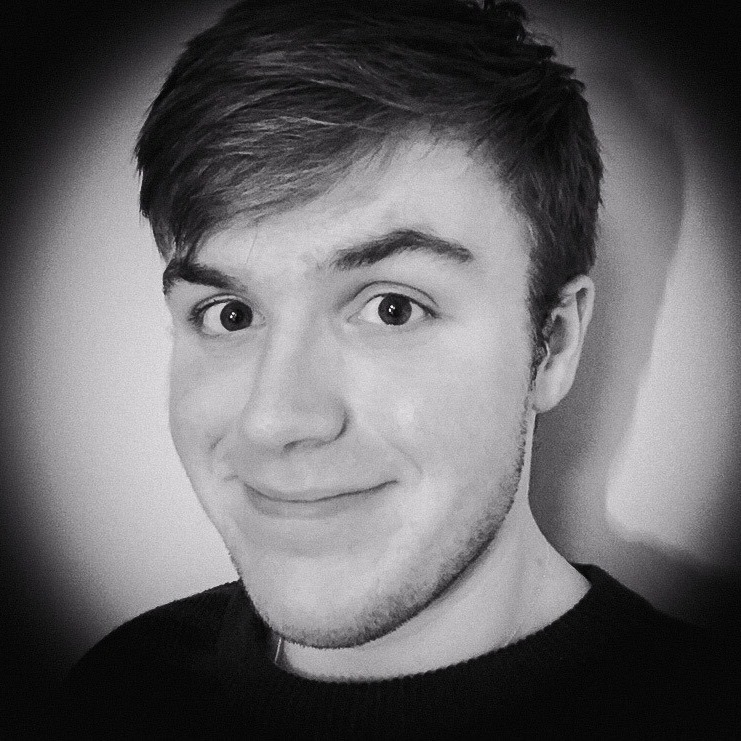 I came down the start of term for a few days while I settled into my new apartment. I think that, like many autistic people, I was anxious about making friends. I kept repeating to myself, it will happen – just give it time.

The first couple of nights, I really tried to fit in with the partying and the loud, brash music. And to the outside viewer, I probably seemed to be enjoying myself. It’s that perfect example of autistic masking in a social situation. But the truth was – it was hard – everything was – just really tough, and it impacted on my health. Initially, I tried to suppress my differences but very quickly it became unhealthy.  It was taking all my energy. I found that a little bit of alcohol made it easier to socialise but equally it was easy for that to tip out of control. And it got to the point where I was like, ‘why am I doing this to myself?’ I moved to Falmouth for peace, and the beach. I was getting neither at that point.

I think a big part of it was sitting down and having a conversation with myself and going, ‘what do I want to get out of Freshers’?’ Because, as odd as it sounds, I didn’t want friends out of Freshers’. That wasn’t my goal. My goal was to settle into living in Falmouth, where I intend to stay after university. I wanted to have good memories to look back on. I remember my first visit to Truro and I think the main difference was being really proud of myself for being on my own – managing on my own – and I just enjoyed the simple things like walking around in the daytime and exploring a new city. It felt completely different from going along to the social events which afterwards felt like such a waste of time and energy.

Before coming to university, I had shared my diagnosis with some people on one of the Facebook group chats that the university suggested we create. I think that people had already picked up that I was a bit different but other people were talking about their conditions too, so it felt mostly comfortable. I do think though, that some people didn’t realise what autism really was, or meant, and so I did find myself having to explain the social difficulties especially, to the people I spent more time with.

About a week into Freshers’, I was talking to some of the people who I’d noticed weren’t coming to the parties. It turned out they were purposely setting up events that didn’t involve just drinking alcohol, such as going to the beach – what I’d always wanted. I started joining them and new people I met along the way, and it was far more relaxing. I have these lovely memories of beach barbecues, watching the waves come in, and this one night where a friend played her guitar. I figured out we’d basically created the perfect alternative Freshers’ experience. I think if I could go back, I would have started out like that.

I was happy on those beach nights, and I realised that these people around me were the ones I wanted to still be friends with in ten years’ time. It let me see that I could be friends with whoever I wanted for the first time, and if that meant having just two or three really good people in my life, that was better than trying to spread myself thin for other people that I didn’t feel I could actually be myself around.

The moment I told myself that, I felt so much happier. I then met my boyfriend, watched a dozen new films, and got a little support group of sorts going – helping my friends and being helped back. That’s what university should be about, I think. Parties come and go; good friends are there for life.

I don’t like small talk, but I know it can sometimes be necessary. I have some scripts I prepare in advance so I know what to say, for example, when I come to lectures, or get invited to a night out. If I don’t, anxiety can take hold and I just fall apart. We do as autistic people sort of have different language – a different approach to it all – but when you meet new people, at some point you are going to have to tell them your favourite colour to keep the ball rolling. But as long as you keep your eyes on the prize, which is long-term friendships and enjoying yourself, I think you’ll find the right people. But make sure they are people who give as well as take, and who try to consider things from your point of view as well. Find those people you can be yourself around; it’s the healthiest thing you can do in a new environment.

Jacob’s a writer and artist pursuing a Fine Art degree at Falmouth University. He spends most of his time studying the world and seeing how it can best be put into words. He showcases his work under the name ‘Jacob’s Jottings’ online. He’s also a keen mental health and disability advocate, writing and campaigning about his own and his loved ones’ experiences.  Jacob was diagnosed with autism himself in 2018 as an adult, which has led him wanting to improve support options for students and adults. Overall, Jacob wants to try and make the world a better place, be it through his creativity, or his voice.

You can connect with Jacob and his work in various ways:

We use cookies to ensure that we give you the best experience on our website. If you continue to use this site we will assume that you are happy with it.OkPrivacy policy